Fixing Fasteners: Why Threads Come Loose and What to Do About It

In the previous two segments of Fixing Fasteners, we reviewed the basics of thread design and provided some brief descriptions of the industry's various attempts to secure fasteners. This section will discuss a more practical approach to the latter. In 1979, the Detroit Tool Company made a simple modification to a standard thread profile. They called it SpiralockTM, and it soon became quite popular for use in mission-critical applications by military and aerospace manufacturers, and eventually the medical industry. 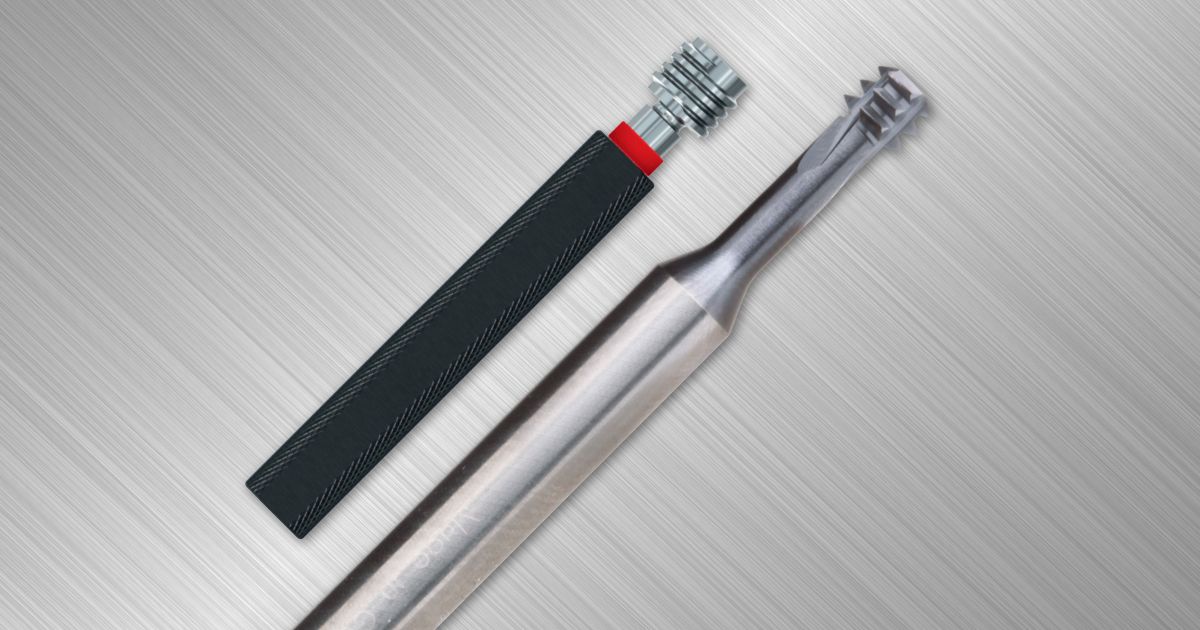 How does it work? With a conventional 60-degree thread form, the mating components make contact along their respective thread flanks. Unfortunately, this creates a small amount of radial clearance between the fastener’s major diameter and that of the threaded hole; when subjected to vibration, this clearance allows just enough transverse motion for the fastener to gradually loosen.

A Spiralock™-threaded hole, on the other hand, is made with a 30-degree “ramp” or wedge form adjacent to the thread’s root and oriented perpendicular to the direction of stress. This wedge surface engages with the crests located at the fastener’s major diameter—as the screw is tightened, it forms a continuous and concentrated point of contact along the thread’s entire length.

The result? The wedge ramp design prevents any transverse movement, thereby locking the fastener securely in place while also making the thread much stronger. Studies show that, where a traditional tapped or thread milled hole concentrates as much as 75 percent of the load on the first two threads, one with a wedge lock design carries the load evenly along the thread’s entire length.

There are other reasons for the design’s success. Aside from eliminating the need for adhesives, dry patches, safety wire, and other costly, often unsatisfactory methods of securing fasteners, it's much easier to repeatedly assemble and disassemble components. There are no more concerns over adhesive residue, threads are less prone to fatigue and subsequent stripping, and because the locking mechanism is contained within the female thread, standard UN and ISO screws or threaded studs can be used. This makes it both easy and cost-effective to implement.

Unfortunately—and somewhat ironically, considering the safety-critical nature of these fasteners—no ANSI/ASME or DIN standards exist for the wedge ramp design. Many in the manufacturing industry adopted what was then a proprietary thread form, and when the patent ran out in 1994, the Detroit Tool Company sold the Spiralock™ name to Stanley Engineered Products, a well-known manufacturer and distributor of threaded fasteners, rivets, washers, and other hardware items.

Since that time, the wedge ramp thread form has continued to gain popularity, and for good reasons. Unfortunately, manufacturers choosing to adopt it have long been locked into a single supplier, one that does not manufacture cuttings tools but instead sells them to its customers on a private label basis.

Emuge-Franken recognized this situation, and soon obtained the rights to manufacture taps, thread mills, and inspection gages for the wedge ramp form but were not allowed to do so under the Spiralock™ trademark name. Because of this, the cutting tool manufacturer was forced to file its own trademark—Self-Lock™—and began producing cutting tools and gages at its plant in Germany. They’ve been doing so ever since and are now the leader in Europe, with North America not far behind.

In the next and final installment of Fixing Fasteners, we’ll offer some implementation and application advice—along with a few warnings—for anyone looking to incorporate this novel thread design into their products.